After spending a decade bringing good tidings and cheer to Richmond Centre, the beloved “Santa Chris” has moved on to a new mall and wants to send a message of thanks to the Richmond community.

The well-known and well-loved jolly old elf moved on to Coquitlam Centre this year, and many Richmondites took to social media to express their dismay, even leading to the creation of a Facebook group honouring “the real Santa Claus.”

This outpouring of love and support took Santa Chris and his wife, “Mrs. Claus,” by surprise.

“There’s been an overwhelming response of people finding me…it’s very heartwarming and overwhelming for us,” Santa Chris told the Richmond News, adding that the majority of his visitors at Coquitlam Centre are from Richmond. “I guess we didn’t realize the impact we had on the community until we weren’t there.”

Santa Chris and Mrs. Claus said they had many fond memories of his years at Richmond Centre.

“There was always many, many highlights,” Santa Chris said. “The excitement of the families all dressing up and it was a whole family experience. It wasn’t just a picture with Santa, it was coming out, having a chat, it was the whole magic that was created.”

Santa Chris said he “always had fun” jumping over the fence of the display and rushing after a couple holding hands to give them a candy cane, or getting a selfie with people walking in the mall who had never had a picture with Santa before.

Mrs. Claus reminisced about one family that came with their grandmother’s tea set, after she had passed away.

“So in honour of her passing, they brought the tea set in and had tea with Santa,” said Mrs. Claus.

Both said they really enjoyed seeing some of the same families year after year.

“You figure 10 years in a kid’s life, that’s their childhood. So we’ve been able to see so many of those transitions from little, frightened two-year-olds to 12, 13-year-olds,” said Mrs. Claus. “It’s just delightfully fun.”

Santa Chris said he was not given a reason by Richmond Centre for why he was not asked back, but that he was upset by the change.

Sheila Lutz, general manager of Richmond Centre, explained that the mall does a review of its holiday experience every year.

“Santa’s been a very important part of our experience over a number of years at the shopping centre and each year when we review elements and potentially change things up, we did decide to make a change in the vendor,” she told the News.

But above all, Santa Chris said to thank the Richmond community for their years of support.

“Thank you very much to the whole community,” he said. “Thank you to everybody that’s been coming out and finding us…we’re very humbled.” 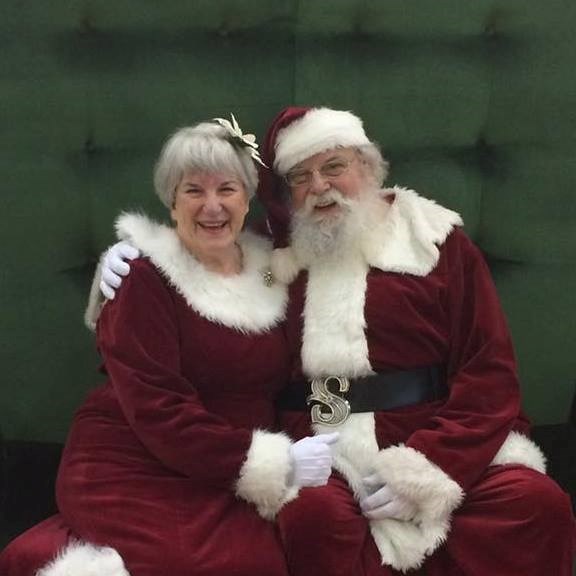